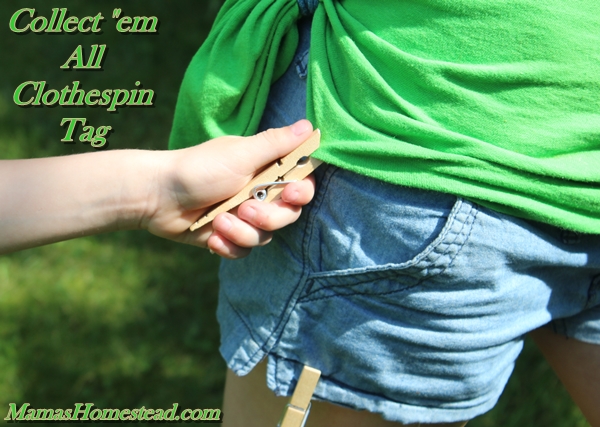 This is a fun game for all ages and it’s perfect for a hot summer day after you get your clothes on/off the line. It can be played three ways.

Galatians 3:26 For ye are all the children of God by faith in Christ Jesus.

Note: Be sure to clip clothespins at a place where clothing won’t get torn if it is pulled off.

Collect Them All Clothespin Tag:

Each player gets a spring-clip clothespin to clip somewhere on their clothing. Everyone stands in a circle and the leader says “go.”
The object of the game is collecting all the other players’ clothespins, pinning them onto your clothes as you go. As the players lose their clothespin they stand out of the game until someone has collected them all and is declared the winner. 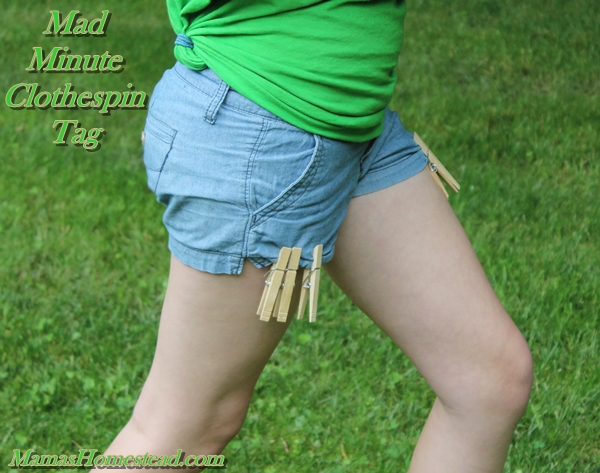 Each player gets 3  spring-clip clothespin to clip somewhere on their clothing. Set a timer for 1 minute. Everyone stands in a circle and the leader says “go” and starts the timer.
The object of the game is collecting as many of the other players’ clothespins as you can, pinning them onto your clothes, in one minute. The person with the most clothespins on them when time is up is declared the winner. 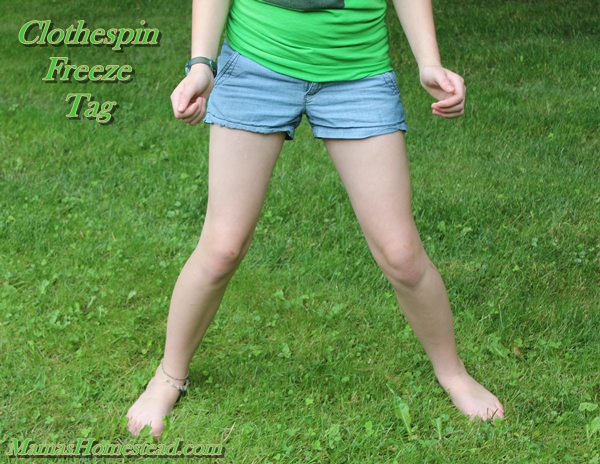 Someone is declared “it” All the rest of the players get a spring-clip clothespin to clip somewhere on their clothing. Everyone stands in a circle and the leader says “go.”

Do you play a different version of Clothespin Tag? Tell me about it.

fun and games
by Nelle
1 Comment
previous article: Learn About Dandelions
next article: Drying Clothes On a Clothesline